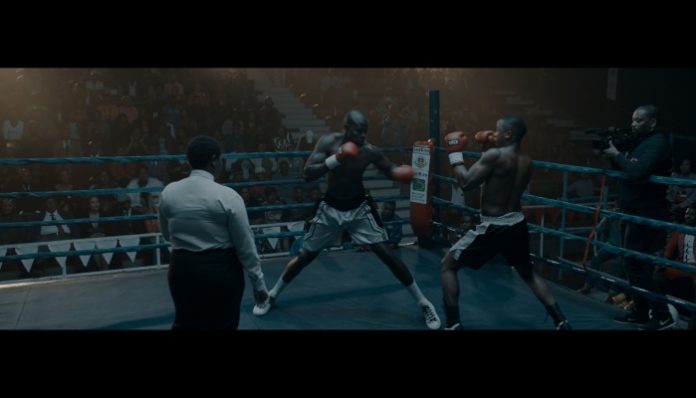 Regarded as the boxing mecca of South Africa: Mdantsane township has produced over 17 boxing world champions since 1994.

Award-winning filmmaker Jahmil X.T. Qubeka grew up in Mdantsane, and for him – like many young people living in the vast and poor Eastern Cape township – boxing remains a treasured sport. “I have always loved boxing. Growing up in Mdantsane you cannot avoid it as it permeates most aspects of that society’s day-to-day grind. I grew up amongst pugilists and a lot of them were hardly average prize-fighters. These guys were some of the best in the world and yet here they were roaming the streets of my hood,” comments Qubeka.

Produced by Yellowbone Entertainment for Mzansi Magic as part of the channel’s premium film package, Knuckle City delves into the mindset of a fighter and provides an authentic glimpse into street life in one of the oldest and largest townships in the country. Written and directed by Qubeka alongside producer and editor Layla Swart, the film explores themes of toxic masculinity, wasted dreams and fractured family ties.

“Knuckle City as a concept has been gestating in my head and heart for years,” explains Qubeka. “It was not until Layla and I became partners that the project blossomed and found a home at Mzansi Magic, who were determined to enter the premium feature film market with some prestige projects. In the Mzansi Magic team we found partners who shared our desire to grow indigenous cinema-going audiences.”

As part of the research phase of the film, Qubeka immersed himself into the lives of some of the country’s greatest boxers and their families. He and his team worked with several boxers from the region alongside the acting talent. “It was not difficult for me to delve into the required research because I already have such a passion for the sport,” explains Qubeka. “We reached out to a lot of professionals for assistance and many of them came to the party. From the likes of trainer extraordinaire, Vido Madikane, to current world champion Xolani Tete’s stable, where I had the honour of working with the likes of former SA champion Loyiso Mtya and former two-time world champion ‘Showtime’ Yekeni,” he adds.

In the film, lead character Dudu Nyakama, played by Bongile Mantsai (Inxeba: The Wound), is a down-and-out ageing boxer who is adamant that his days of throwing punches are still far from over.

There are three ways out of Knuckle City – through the ring, in the back of a cop car, or in a pine box. Nyakama’s days are numbered in the boxing ring, and – as a last resort – he enlists the help of his criminal brother, Duke Nyakama. Together, they fight against all odds to make it through the ring but are haunted by the ghost of their father. Dudu soon realises that his unresolved inner conflict and fractured family life is far more challenging than any opponent he can possibly face in the boxing ring.

Speaking about the Dudu character, Qubeka says: “It is an honest portrayal of a man on a downward spiral perpetuated by toxic habits he picked up from his own father. His struggle is one that most adult males are faced with today. The ironic part of it all is that despite the extreme level of discipline that the main protagonist applies to his daily training regime, he ultimately fails to put it to use in his home life.”

To prepare for the role, Mantasi was trained by the great Xolani Tete at his boxing academy. Qubeka expands: “I knew of no better place than to throw him into the lion’s den that is Mdantsane, and thanks to Xolani Tete’s Last Born Boxing stable, he trained with champions.”

Knuckle City is shot in Mdantsane township and in the Buffalo City metro. The film marks the first production to partner with the Eastern Cape Development Corporation.

To further incorporate the community of Mdantsane and East London into the production, locals were given the opportunity to rent out their properties to the crew for the duration of the shoot. Furthermore, budding actors and aspiring filmmakers assisted the crew behind-the-scenes as well as on-screen as extras.

“Making the film was definitely a homecoming for me,” affirms Qubeka. “Having grown up in the same streets that I was now shooting a major motion picture in was exhilarating. The support and love we got from the people of Mdantsane and Buffalo City was amazing and deeply humbling. It was evident right from the get-go that the community was making this film with us.”

Knuckle City was shot in 21 days, with DoP Willie Nel capturing the visuals on an Arri Alexa Mini with Zeiss Master anamorphics, “with an incredibly wide 1:66 aspect ratio,” says Qubeka.

For the fight sequences, Qubeka wanted to give viewers an immersive experience so they would feel as though they were inside the ring with the fighters. For this, he says he drew inspiration from PlayStation fighting games. “I wanted to give viewers a visceral experience of what it’s like to be punched repeatedly. So choreographing the fights I referenced an old PlayStation game called Fight Night. In it, there is a point of view mode that gives you a really dynamic perspective of being the actual fighter in the ring. I applied the same technique to the cinematography and the results have been splendid.”

In post-production, Layla Swart edited the film while Bladeworks handled online. The sound was done by Guy Steer and final grading completed by Craig Simonetti.

The film is distributed in South Africa by Indigenous Film Distribution (IFD) and internationally by AAA Entertainment.

Qubeka says that he can’t wait for South Africans to view the film and for the people of Mdantsane to get an opportunity to see what they were so intrinsically a part of. “I’m hoping audiences will see how we have all had a role to play in the propping up of what I term the ‘pseudo identity of the macho man’ that is shaped around toxic habits and ways of being,” he concludes.

Knuckle City will be releasing in local cinemas on 28 February.