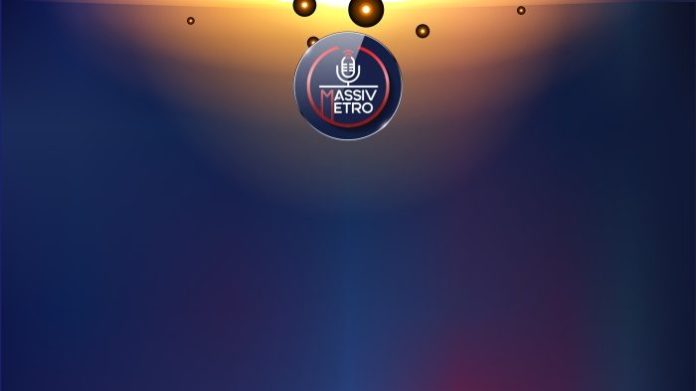 The global explosion of the adoption of streaming radio and podcasts as a new way of consuming content has carved a path in the direction of target-driven radio. Screen Africa chats to Rhowan Johannes and Tiff Willemse about why streaming might be the future of radio and the technological innovations that enable it.

Living in a technologically-advanced era has broadened the playing field in the entertainment spheres. Gone are the days when one would have a structured pattern of how they would consume content, such as tuning into one’s favourite radio show.

Unlike in the past, one doesn’t have to rely on the traditional routines of media consumption – and it is all thanks to the progress that has been made by innovative thinkers.

The world of digital brings with it an array of options – and each option consistently redefines the changes that shift economic and social paradigms.

“Our origin story is like no other – one man had the genius foresight to create an alternative platform with an incredibly unique tone that now generates over half a million unique hits a month,” he says.

He says: “Digital radio is a highly active market because technology is so easily available and incredibly user-friendly to set-up. The technology we have right now makes it a breeze to produce live streaming content.”

Digital radio platforms shared a common advantage in that they do not require the intricate technologies that analogue radio efficiency relies on. The availability of software enables the digital platforms to carve a unique niche.

Founder of targeted media platforms, Tiff Willemse, who is the CEO of Massiv Media, conceptualised a niche commuter radio platform that is available on designated mini bus taxis, which reaches a large market due to the average South African’s heavy reliance on public transport.

“The innovation around Massiv Metro was to utilise the innovative technology we have developed over the years and the deep understanding of the urban commuter market and combine this with dynamic, entertaining and engaging content,” says Willemse.

“We developed a radio head unit for vehicles that can only stream content exclusively from Massiv Metro. We are able to leverage our access to very competitive data rates and launch a relevant hybrid radio station,” he adds.

Structured vs. On The Go

The world of radio is undergoing changes that are similar to the ones experienced by other media platforms including television and film. Traditional radio stations find themselves in a position where they are forced to supplement the analogue set up with digital enhancements such as streaming apps and digital presence.

This transition speaks to the undeniable presence of the alternative platforms, while, at the same time, the phenomenon creates a pathway for new players to gain access to an industry that previously boasted high barriers of entry (in terms of platform ownership).

“Our motto is ‘work is a sideline, live the holiday’ – so it’s only fitting that our on-air personalities can broadcast from anywhere in the world. We’ve uncovered great hardware and software programmes that can allow this without compromising on the quality of delivery,” says Johannes.

He adds: “We’ll also be focusing a lot more on podcasting features and packaging these items in a more user-friendly way.”

Willemse openly acknowledges the added advantage that technology has placed at his company’s disposal. As a targeted media platform, Willemse’s Massiv Metro has managed to solidify a presence in carefully controlled spaces (mini bus taxis and assigned taxi ranks equipped with free WiFi), enabling them to reach their targeted market.

“We have not solely relied on this to gain and maintain our audience. Prior to launch, we conducted extensive research with mini bus taxi drivers and with commuters to ensure we put together a radio station that would engage and entertain them,” says Willemse.

“4G networks and WiFi are the key technologies alongside our custom-designed streaming radio unit, which is installed directly inside the mini bus taxis,” enthuses Willemse.

2Oceansvibe’s Johannes indicates that it is highly important to take note of audience behaviour and keep track of any changes as and when they happen, because this allows the platform to stay relevant to the audience.

The digital radio world does have its limitations if it is to be compared to the traditional radio platforms, but at the same time it does offer a revised option to audiences who prefer going beyond the ordinary.

When analogue and digital are put head-to-head, it becomes evident that the deciding factor between two is the quality of content.

“We have to drive conversation, shows, topics and interviews across social media enticing audiences to tune in. This is why we encourage our hosts to live stream on socials as well,” says Johannes.

“Where we differ is the content we produce. We don’t work in the same parameters that traditional radio does,” he adds.

Massiv Metro’s Willemse agrees that for any platform to remain resilient, it needs to have a well-coordinated content plan.

He says: “Great content is what brings listeners back to us even outside of the commuter environment and allows us to run highly successful campaigns for our clients.

It is imperative for alternative radio platforms to package their offering in a very appealing fashion in order to position themselves as a new wave in the geographical radio eco-system.

The talent behind the scenes (and microphones) is a vital tool in the operational framework of the platforms, from the on-air talent to the human resources and administration, as well as the business developers.

“When you look at our current radio landscape, big on-air personalities have now been replaced by presenters who simply back-announce songs and comment on the weather,” says 2Oceansvibe’s Johannes.

“Our platform has stood the test of time because we offer such a unique and diverse group of voices that cover an array of topics and beats. Digital presenters have the power to produce longer-form content and have the ability to be authentically themselves,” he adds.

There is no doubt in Willemse’s mind that streaming radio is the fastest-growing segment of the radio industry, both locally and internationally.

“The shifting playing field between analogue and digital is a moving target. Digital in its conventional format will allow much more competition but will still be controlled by ICASA.

“The freedom of the internet gives listeners the choice to listen to content anywhere in the world, and – at the end of the day – the more accessible this becomes to people, the faster the shift from traditional radio to digital streaming radio will happen,” he concludes.