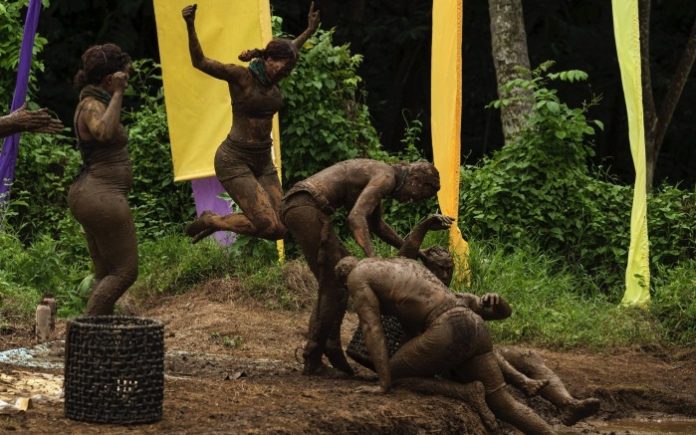 Survivor SA is back for a seventh season, as the castaways brave inclement Samoan weather and pit their wits against each other at Tribal Council. Screen Africa chatted to the producers of the show at Afrokaans, as well as the technical services providers at Visual Impact, about what has gone into making this season the “best-ever” instalment to grace South African screens.

“TIME TO REVIVE THE GREATEST SHOW ON EARTH”

Handrie Basson, owner of Afrokaans Film and Television, explains the process of how his production company became involved in the show.

“Essentially, Afrokaans acquired the rights to execute the format of Survivor in South Africa in late-2016. But a lot of our current employees have worked on Survivor before in their individual capacities as freelancers, or worked for the previous production company, Endemol SA. We are true fans of the show, and when it came to light that there was an opportunity for us to purchase the format rights, we went for it. It was a long process, but [we were granted them] and then we pitched the show back to M-Net. We told them we thought it was time to revive the greatest show on earth.”

Basson explains that the first reboot of the show – season six, which was shot in the Philippines – “went very well, and we believe it’s because we’re in a situation where fans are producing the show for other fans. We were very favourably compared with the big international versions of the show – and I think South African audiences really sat up and took notice. From a storytelling point of view, from a visual spectacle perspective, the production values and scale – it was on the back of this success and this momentum that we announced the seventh season. It’s been a journey of passion, and it all stems from the fact that we really love the show.”

Of course, a show with the scope and format of Survivor South Africa provides more than its fair share of technical challenges – and, as Basson explains, due to scheduling concerns, this edition of the show proved particularly demanding.

“You work backwards from the premiere date the broadcaster gives you, asking yourself: When is the window of opportunity for us to shoot? We didn’t have a lot of turnaround time so we needed to find a destination with local expertise. If the country understands Survivor and knows what the show brings to the nation, it is a much faster process. And, with our specific intention to make the show visually different from season six – Samoa fit the bill, but it meant we had to film during a period when the weather in the South Pacific can be very unpredictable.”

Visual Impact’s Stefan Nell, who acted as head of technical and lighting on Survivor Season 7, explains the company’s extensive role in the production: “We supplied all the camera, engineering, control room, lighting, data and post equipment on this year’s Survivor series in Samoa. The only technical departments we did not supply was sound, as that was done by Rian Engelen of Core Media from the USA. We shipped a total of seventeen tons of equipment to Samoa, and – thanks to our shipping supplier, Pioneer Freight – everything arrived and was returned on schedule and in good working condition.”

He provides a comprehensive rundown of the scale of the production: “We used 16 Sony PMW 400 cameras, as well as a variety of other cameras and extras including Go Pros, Sony FS7s, underwater housings, drones and a VR Rig. This was accompanied by a huge selection of Canon HJ series lenses, from HJ11s to HJ40s, and various lenses for the FS7. This year we also had two sets of flyaway kits for vision and engineering control. As we did last season, we used CCU control during all challenges and at Tribal Council, but the main difference this year was that we had a MCR permanently built at tribal council and then a mobile kit for daily challenges. Both systems ran over fibre, enabling us to not only cover large distances but also to provide complete services from camera control to comms. This year, we were also the lighting supplier to Survivor and we made use of our fibre infrastructure to run all lights on DMX with a control desk in the MCR, giving us unprecedented visual control not only on camera but also in terms of lighting – thereby completing the circle for me.”

For Marius van Straaten, who acted as liaison between Afrokaans and Visual Impact during the production, “The most exciting technical aspect of Survivor this year was that we decided to use LED lighting running with DMX control over fibre. The lights we used are the latest and best in lighting technology and the results are evident. We had a mix of ARRI Sky Panels – in all sizes from S120s, S60s and S30s – Digital Sputnik DS6s and DS1s, and then a selection of The Light Velvet LED panels, including 4×1, 2×1 and 1×1 panels that are waterproof.”

Nell shares this enthusiasm over the lighting over the show, saying: “This decision to use what are essentially ‘film LED lights’ saved us on power requirements, as they run way more efficiently than HMI or tungsten equivalents, and also the fact that these lights are RGBW gave us complete colour and white control. One of my favourite comments from our clients was that it did not look like other Survivors, it looked more like a movie, which I took as a huge compliment and justification for using this quality of lighting on a TV show.”

Nell confirms that the biggest challenges on set related to the at times ferocious weather on the ‘Island of Secrets’, sharing the following story from set: “My most intense memory was one night, right after a Tribal Council, a storm hit. It was 1am on my birthday and I was up a cherry picker, wrapping the lights in tarps so that we did not have any more damages. Then the wind picked up and the rain came down so heavily, the picker arm was swaying in the wind and I just managed to get the last tarp on when the safety officer called it unsafe and told me to come down. It’s the start of a birthday I will never forget!”

Despite these trying conditions, the Visual Impact team displayed the “mental strength and professionalism” required to capture the action on the island – and, as Basson puts it, from the viewer’s perspective, “the weather really becomes a character in this season. From a narrative point of view, I really loved the texture that the weather brought into play.”

Indeed, it is precisely this ‘realness’ – the show’s unscripted, uncontrived and spontaneous nature – that both Basson and series producer Darren Lindsay identify as its true enduring quality: the reason people stay enthusiastic about the show year in and year out.

“With Survivor, what is fantastic about the format is that it is about social relationships,” Lindsay says. “Though the game has its pillars, which provide elements of cause and effect, the rest is completely unprompted. We don’t know how these people are going to react – and because we film them almost 24/7, the experience is exhausting and there is nowhere to hide. Everything you see emerges from the interplay of the social dynamics on the island.”

They give us some insights into the behind-the-scenes steps they take to ensure that what we witness on the island is as authentic as possible.

“Casting is paramount,” according to Basson. “It is the foundation of the success of the format – you have to find the alchemy of different kinds of people and personalities to make the show come alive. Casting is one of our non-negotiables, and we invest lots of effort and resources into the process.”

The result is an interesting combination of hard science – including thorough professional psychological evaluations – and, as Lindsay elaborates, a viewer-centric model with a strong on-camera element to the casting process.

“The entire process went through eight steps. Everything was digital at first, but we did this for the fans – to make sure people really wanted to be on the show. After the entries had been whittled down, the creative and content team would actually do home visits with those people all over the country, to see how relatable and natural they were in conversation. This went hand in hand with a thorough examination to ensure the would-be contestants were both mentally and medically fit. The show puts people in extreme, demanding circumstances. As producers, we have that duty of care to make sure people can withstand it, while still making spontaneous, compelling television.”

Basson and Lindsay go on to describe various tasks the team undertakes in the name of authenticity – such as the “intricate dance of chaperones and travel coordinators to ensure the contestants really do only see each other for the first time on the boats as they approach the island” – and explain that, as fans of the show first and foremost, they feel a “duty” to keep innovating, while staying true to the spirit of the format.

Basson concludes: “In terms of the local production landscape, Survivor is a really expensive TV show. But, comparatively speaking – if you look at the international versions of the show – we don’t have nearly the same budget. And yet our challenge is to be even better than what they have to offer. Our position is firmly that budget isn’t an excuse, and that compels us to be innovative, be passionate and work that much harder to keep raising the bar.”