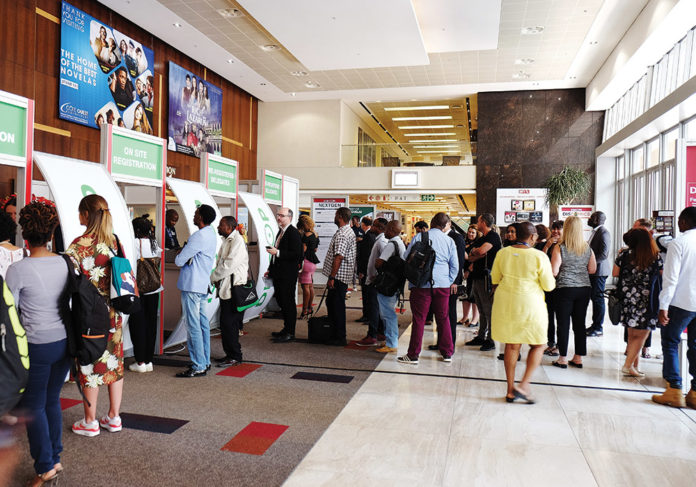 As I sat amongst about 50 very patient (and some very anxious) people in the Bill Gallagher Room at the Sandton Convention Centre on the last night of DISCOP Joburg 2018, I was struck by the realisation that this is what the industry was actually all about.

We were awaiting the judge’s decision in the Annecy Animation du Monde pitching competition, which was run across five territories in Africa and in the major cities of Abidjan, Johannesburg, Zanzibar, Nairobi and Lagos.

Most of the 10 finalists, two from each territory, were at DISCOP Johannesburg to compete in the continental final. The two winners of the continental final, identified by the panel of international expert judges, will now go on to represent Africa and compete against their global counterparts during the Annecy International Animated Film Festival & Market 2019.

This award ceremony was very low-key, with only those really passionate about animation in attendance; however, as the winners were announced, it became clear to me that I was witnessing a life-changing moment for the two young finalists, who were overwhelmed by the announcement.

After three days of both watching and taking part in intense networking, deal-making and various cocktail parties and events – the activities that define a DISCOP Market – I was exhausted. However, as the winners of the competition were announced, I felt re-invigorated and I understood why it is that we all do what we do.

There are so many people that work tirelessly behind the scenes at any film festival or market such as this – and yes, of course everyone is getting paid – but trust me, most of the time that payment does not come close to compensating people for the time and commitment they put into making these events happen.

The force behind these particular animation events is Nick Wilson, the founder of African Animation Network (AAN) and a tireless advocate for African animation.

In addition to the partnerships with Annecy and MIFA, Nick has managed to secure the support of other major players within the global industry, who were also in attendance at DISCOP and at this awards event. Mike de Seve, the director of Baboon Animation (the multi-award-winning animation studio out of the US) and Rathan Sam George, director of Operations for India’s Toonz Media Group (along with Toon Boom), have also joined forces with AAN to develop a long-term incubator and accelerator project for African animators.

DISCOMICS IQEMBU, launched at DISCOP Johannesburg, is a multi-faceted project aimed at incubating young talent and accelerating production in order to develop the animation industry across Africa. These global partners will ensure a sustainable model into the future.

Based in India, the Toonz Media Group is a world leader in animation production, producing over 10 000 minutes of animation per year. Baboon boasts a peerless animation IP development team, who have produced Emmy Award-winning and Oscar-nominated writing, directing and design for over two decades. Toon Boom, meanwhile, is the leading 2D animation software in the world today.

The two winners from 2018, who will travel to France for the final round of the competition, are Dami Solesi of SMIDS Animation in Lagos – the studio behind The Makerbolts project – and Nildo Esso from FX LTD Animation Studios in Maputo, who is behind The Troublemakers project. Nildo, and this project in particular, have been represented at several competitions in the recent past, including Digital Lab Africa and Durban Talents at the Durban International Film Festival (DIFF). Furthermore, his pilot was part of the selection for the FUPiTOONS FESTiVAL 2018.

For all the participants in this pan-African pitching competition, the opportunities have been life-changing. While often it is the large deals and acquisitions that make the headlines after international markets such as DISCOP, to me, the real and enduring value is to be found here – in these developmental moments.

During DISCOP, I also had the chance to chat with a number of the volunteers on site, many of whom are film students, and some of the younger producers also in attendance. Through these conversations, many of which were with young women, I realised the importance of networks, mentoring and internships. The enthusiasm and ambition of these young people needs to be channeled into career paths with sustainable futures.

The DISCOMICS IQEMBU initiative, therefore, must be seen as a model that can be replicated in other production sectors: cinematography, documentary filmmaking, etc.

While many businesses and larger companies boast about major deals that were signed during DISCOP – my eye is going to remain firmly fixed on the talented youths who are just starting their industry journeys.