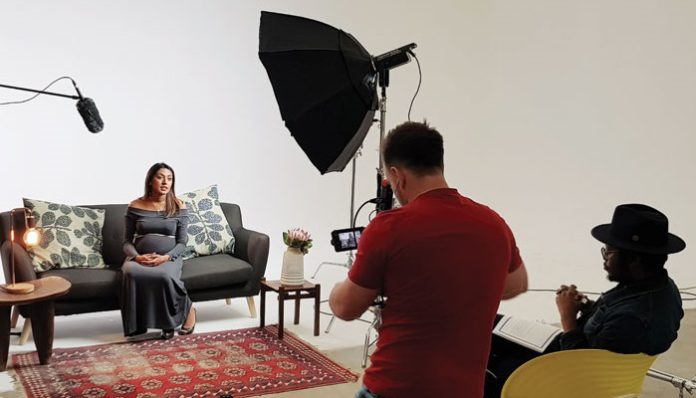 Liesl Loubser, founder and former CEO of marketing agency HDI Youth Marketeers, turned 60 this year. To commemorate this milestone, she decided against a big celebration and chose to reflect on the concept of one’s legacy through the project, The Legacy Stories, 60 Seconds of Impact.

“In celebration of my 60th birthday, I did not want to host yet another party. I decided instead to create a platform on which to champion the stories of 60 people that I mentored or have been inspired by during my years in business; people I believe are legacy-makers in their own right,” explains Loubser.

According to Loubser, these legacy-makers are people who have inspired her through direct relationships during her years in business, as well as those who have had an impact on the brand HDI Youth Marketeers and who have lived values that inspire others.

“Legacy-makers are people who use their success to improve the lives of others, who use their influence to open doors for others and who use their talents to make a difference in the world,” she says.

After retiring from the agency, Loubser and her former colleague at HDI Youth Marketeers, Nika Smit, launched a social enterprise called The Change Collective which has helped launch The Legacy Project.

Smit comments: “Liesl and I came together with a mutual purpose: we wanted to create a profit with purpose enterprise and use our ideas to make a difference. And so, in late 2017, The Change Collective was born. The Change Collective is a community of brave minds, tackling the world’s biggest social problems in the most innovative ways.”

The pair has since developed a large bank of concepts that will be taken to market when the business officially launches in 2019. However, they decided to fast-track The Legacy Stories video series in 2018 as it coincided with Loubser’s 60th birthday.

The Legacy Stories, 60 Seconds of Impact

The list of featured legacy-makers has been separated into five categories, namely Entrepreneurship, Business Innovation, Education and Youth Development, Social Cause and Legends in the Making.

A total of sixty legacy-makers have been selected for the Legacy Stories, 60 Seconds of Impact inaugural experience – a video series that features entertainers and artists including Danny K, Bianca Le Grange and Andre Prinsloo; entrepreneurs and business people such as Sylvester Chauke, Suzanne Akerman and Cornelius Koopman; innovators like Anthony Bila, Kim August and Marie-Claire Mclachlan; social and educational warriors such as Thobile Chittenden, Leoni Coetzee and Lipalesa Kolane; as well as legends in the making that include Carmia Annandale, Felix M and Zanda Mchunu.

Through the project, these inspiring individuals share insights from their personal journeys with the aim to motivate the next generation of young South Africans. “It’s key to try and shift the paradigm of many young South Africans and emerging entrepreneurs who are unmotivated or crippled by anxiety, fear and a lack of guidance,” Loubser says. “It’s our belief that having a community of people around to mentor, guide and believe in you makes the world of a difference. Every person will leave a legacy, good or bad; our narrative is to inspire young South Africans to make it a positive one.”

Smit has been involved in every aspect of the project, from strategy to ideation and project management. She comments: “In the social cause space, where resources like time, budget and people are often limited, innovation goes a really long way in finding smart solutions and stretching resources.”

Rhode du Plessis developed the look and feel of the project, with Lara Petersen taking care of the copy and social media handled by blogger Kenny Jules Morifi-Winslow. Kim August was the appointed influencer and public relations liaison, while Chantel Gregersen carried out the project coordination.

Sunshine Studios came onboard as a partner, with inserts shot at their Johannesburg and Cape Town studios. Production was handled by Indie Village, with Anthony Bila directing and Pierre Leeflang on edit.

“We had a total of 36 hours of footage that had to be edited down to one hour in total (or 60 one-minute stories). We also edited an additional 16 trailers and content pieces for our social media platforms, giving us a total number of 154 hours of editing.”

An online launch took place on 20 September and saw the project reach over 2 million people on Facebook alone. “The success of the launch in September has inspired the announcement that 20 September will now be National Legacy-Makers Day and the programme will continue for years to come. The team, along with key collaborators, are currently busy with phase two planning,” concludes Loubser.