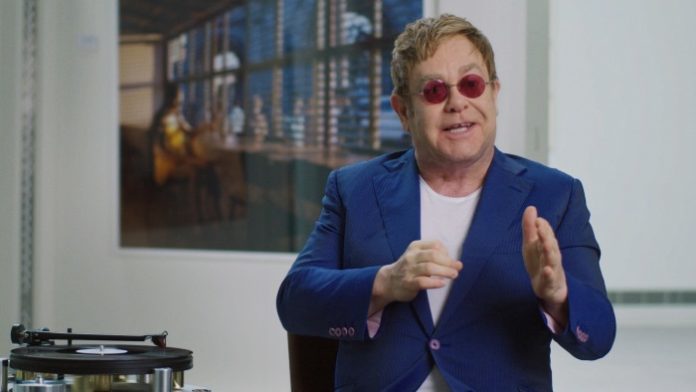 The 8th annual Durban Gay & Lesbian Film Festival commenced on Friday, 21  September and will run until Sunday, 30 September 2018 at select pop-up venues around the city. Now in it’s eighth year since opening in October 2011, the festival will screen 57 titles over a 10-day programme.

“Earlier this year our team decided on taking advantage of the Heritage Day long weekend in boosting the number of days patrons who work full time can enjoy our programme. So the decision was taken to position the Festival around this important holiday on 24 September,” says festival director Jason Fiddler.

“2018 is proving to be a financially challenging year for many South Africans, and we found it particularly hard as a cultural event to secure sponsorship. Fortunately, thanks to the invaluable ongoing support of Alliance Française of Durban and venue help from commercial property urban regeneration specialists Urban Lime, the DGLFF can confidently screen films this year. This is the first year we won’t be able to screen at our beloved KZNSA gallery, owing to a full exhibition calendar, but we certainly look forward to bringing some films back there next year.”

The format of the festival continues its eclectic tradition of including a tremendous diversity of subjects and film formats. The opening night film is a truly remarkable feature-length documentary, George Michael: Freedom – The Director’s Cut. Directed by George Michael himself, and co-directed by David Austin, audiences can look forward to nearly two hours of celebrity interviews including sir Elton John, Mary J. Blige and Liam Gallagher, whilst the man himself tells his story, his way.

With frank revelations interspersed with the songs and music that made him a global pop and soul phenomenon, George shares an enthralling autobiographical journey that doesn’t shy away from unpleasant truths, nor does it sensationalise seminal experiences in his life and career. He simply and effectively shows how a gay boy found fame, excess, love, painful loss, contractual battles alongside his career defining music.

The DGLFF is proud to have secured the rights to show this incredible film, and audiences should note that there is only one screening of the film at a cost of R80 per ticket. The pop-up main venue is at the top of vibrant Florida Road, at 344 Florida Rd, Durban. Ticket inquiries can be made via the website.

There are seven feature films this year including Breathe, a French coming-of-age drama about two young women and their relationship twists and Time is Up, a gay drama from Greek filmmaker Nicolas Pourliaros that poignantly looks a through monochromatic palette at the contemplation of life’s value.

Johannesburg-based South African filmmaker Sean Steinberg will celebrate the world premiere of his 55-minute (S)HE at DGLFF this year on Saturday, 22 September. Breaking important ground for an under-considered community, (S)HE tells the story of Penny Kemp, an intersex teenager who, after qualifying to compete in the 2016 Olympic trials, is forced to undergo gender treatment in order to keep her high levels of testosterone at bay. Only, she doesn’t want to. Made with a micro-budget the films explores a very difficult subject with delicacy.

Still Waiting in the Wings follows on two years later from their last visit to the DGLFF with a familiar cast of characters breaking out into original song as they busk their way ‘off-Broadway’ and battle their way through backstabbing musical theatre. Durban audiences will recall Canadian filmmaker and gay film star Charlie David and he continues his support of DGLFF with Shadowlands, a darker and occasionally disturbing, if not exquisitely shot, homage to the bygone queer eras of the 30s, 50s and 60s that explores love in three separate stories – a couple renegotiating a relationship, a narcissist grasping to comprehend it, and star-crossed lovers mourning its loss.

Joseph Adesunloye, a British-Nigerian award-winning filmmaker premiered his Faces at DIFF this past July to much acclaim. “Joseph and I felt that the film needed to be seen by more LGBTIQ people in Durbs and the producers kindly agreed to allow us to make it our Closing Night film on Saturday, 29 September with an encore screening the following afternoon,” says Fiddler. “Weaving such a powerful storyline with a pre-dominantly black UK cast, Joseph is able to tell Durban audiences of all persuasions and backgrounds utterly human and relatable stories, some that will shock, others that will make one cry, but ultimately that reinforce the beauty of love and friendship, especially between women who have endured great pain and suffering.”

There are a dozen other fascinating documentaries that explore transgender stories from Tonga to Chile to Pakistan, a gay Israeli man’s struggle for familial acceptance whilst HIV-positive and the acceptance he finds in a gay men’s choir in Who’s Gonna Love Me Now?, haunting stories from Zimbabwean gay men in Give a Man a Mask and drag queen, and king, cultures from China to the United States.

The festival programme continues to embrace and celebrate short film as powerful means of telling a diversity of stories, with high production values. Thirty-four short films from 18 different countries across five continents have been packaged into seven feature slots that include lesbian, gay, bisexual, transgender and queer comedies, dramas and even stop-animation films. Audiences can again look forward to an entertaining, thought-provoking, disturbing and ultimately fun film selection in 2018.

On Heritage Day afternoon, and throughout the week of 24 to 28 September at 14h00 and 16h00, the Festival offers patrons free screenings of a number of short films and documentaries, including acclaimed South African short films in the Mzansi Mix. Also continuing with is the effective Festival Ticket Pool that includes donated tickets for underprivileged, senior citizen and student patrons. Requests for tickets can be made directly with the organisers.

Those interested in supporting the Festival and the Ticket Pool, can use the Zapper code on display on the DGLFF website or Facebook page to facilitate card payments via the phone app, and even make donations to the Festival.

The main Festival Hub venue will be at POP, 344 Florida Road, Berea, a former art gallery space ideal as a pop-up screening venue, where most screenings will take place in 2018. Alliance Française will host two week nights in Morningside. On Friday, 28 September there will be a pop-up T-DANCE social fundraiser at the German Club in Westville – details will be on the website and Facebook page.

Details of events, and downloadable programme are available here.