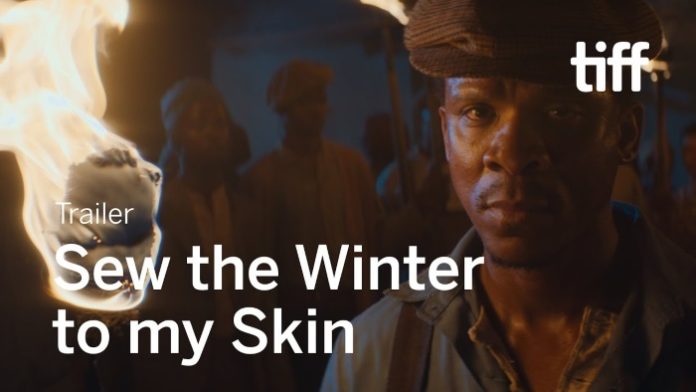 The Africa Hub was conceptualised by national film funding bodies from South Africa, Nigeria and Namibia in attempt to augment African presence at international film festivals and markets. The Hub made its debut at Toronto International Film Festival (TIFF) on 6 September and will run until 16 September 2018. The term Africa Hub has been coined to represent the unified initiative to positioning Africa and a lucrative film destination filled with numerous opportunities for collaboration and partnerships.

The objectives of the hub is to promote co-productions, to build relationships with partners for best practise sharing, open new markets for African content and to promote content produced in African countries.

The Africa Hub will serve as a home for all Africans at the film festival and will be the go-to place for all institutions or countries interested in doing business with the countries represented at the Hub.

“The Africa Hub is part of the NFVF’s focus on strengthening relationships with other African countries. The objective is to work together as film organisations in the continent to ensure that our content travels within the region and internationally. But it is also to foster agreements that will create opportunities to co-create content,” says NFVF acting CEO Shadrack Bokaba.

The NFVF congratulates Rafiki, Sew The Winter To My Skin and aKasha for being selected into the official festival programme.

Rafiki is a love story between two young women (played by newcomers Samantha Mugatsia and Sheila Munyiva) in a society that still bans homosexuality; Rafiki is saturated with joy, heartbreak, and a richly effervescent cinematography that showcases Kahiu’s native Nairobi in all its vibrancy.

When Kena and Ziki first lock eyes, it’s a genuine coup de foudre despite the fact their families are political rivals. The young women grow close, but as they are not able to show their attraction in public — or even to their relatives and friends — they are forced to sneak small moments in private. Together they create their own world, vividly evoked through Kahiu’s filmic eye, where their love isn’t anything other than an expression of their commitment to each other. The space they create, however, isn’t immune to the biases of the outside world.

Sew the Winter to my Skin directed by Jahmil X.T. Qubeka

One of the most exciting voices in South African filmmaking, Jahmil X.T. Qubeka looks back to the early days of the repressive apartheid regime and reimagines the capture of John Kepe, the “Samson of the Boschberg Mountains.” For decades, Kepe stole livestock and other goods from white colonist farmers and shared his spoils with the impoverished Indigenous population. His acts — and that he evaded capture for more than 12 years — earned him the title of folk hero to some, and a notorious bandit to others.

Qubeka picks up Kepe’s tale in the 1950s, during the massive hunt by authorities to apprehend and punish this mid-century Robin Hood figure. On one hand, is a keenly observed epic-adventure drama (and a nod to the western) that captures the horrors of South Africa’s racist colonial regime. Qubeka, however, also subverts the conventions of the period piece by using limited dialogue and an immersive score. Instead of simply romanticising Kepe’s myth again, Qubeka, through his evocative formal choices, probes, as he says, “mankind’s inherent need to feed into mythologies that conveniently suit the order of the day.”

See the  Sew the Winter to my Skin trailer here.

Documentarian Hajooj Kuka takes a self-assured step towards fictional storytelling in this comedy pivoting on an unlikely love triangle between a boy, a girl, and an AK-47 in rebel-held areas of Sudan.

No viable solution to the civil war in rebel-held areas of Sudan has been found since the outbreak of violence in 2011. But every year in the Nuba Mountains region, all sides are forced to put down their arms due to an unlikely power: mud. During the rainy season, rebels return home to their families and loved ones to take advantage of the pause in fighting. It’s right after this welcome lull that Hajooj Kuka begins his offbeat comedy about a love triangle between a boy, a girl, and an AK-47.

After a post-coital argument with Lina (Ekram Marcus), Adnan (Kamal Ramadan) hightails it without grabbing his gun. With his pants barely pulled up, he runs into Absi (Ganja Chakado), a young man who’s not keen on rejoining the fighting. He wants to dodge the “kasha,” the annual round-up of soldiers. The pair then embarks on a wild 24 hours — dodging their higher-ups, elders, and romantic rivals alike — to try and get back Adnan’s girl, his gun, and his dignity.