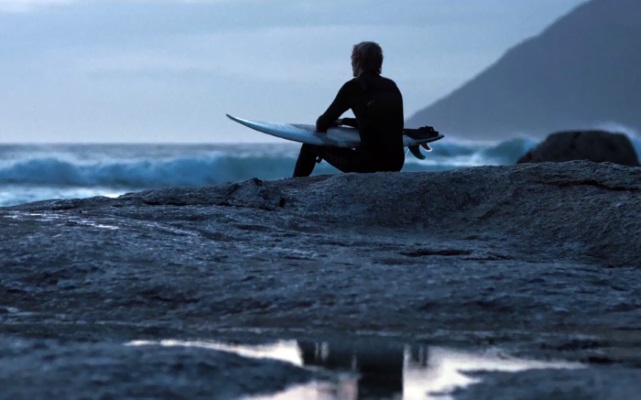 Heavy Water: The Life and Times of Nathan Fletcher will open Wavescape at the Bay of Plenty outdoor screening on Sunday, 22 July. The film is one of 22 films Wavescape brings to Durban this year, including features and shorts from Sierra Leone, Namibia, South Africa, Morocco, Sri Lanka, Australia, Hawaii, New Zealand, the United Kingdom, and Canada, among others.

Wavescape director Steve Pike, aka Spike, says that the lineup for DIFF was one of the most exciting in years. “We’re honoured to have several other African premieres, such as the incredible story of Bethany Hamilton, who lost an arm to a shark; and the gritty documentary Secrets of Desert Point, a piece of pioneering surf history.”

Heavy Water promises an entertaining night out at the Bay of Plenty. “It’s a feature documentary, but views like an exciting action film. About the wild antic of big wave legend Nathan Fletcher, it also chronicles his relationships with the colourful, gritty characters of Hawaii’s North Shore. One highlight is when Fletcher enacts a dream to jump out of a helicopter with a surfboard right onto a giant wave, and surf it.”

Oblowitz has said about that moment, “In this movie, Nathan’s dream comes true. He’s the only guys that’s been able to successfully do it – and he pulls it off. It’s mind blowing.”

From Monday, 23 to Friday, 27 July, Wavescape moves to Arena 5, Village Walk, uShaka Marine World for five 18h00 screenings, which are free. The screenings at uShaka open with a lineup of three short films and two features, the soulful Perilous Sea and Church of the Open Sky, a master piece of surf filmmaking by Australian director Nathan Oldfield.

Wavescape closes with Bethany Hamilton: Unstoppable, the untold story of Hamilton’s journey from childhood to motherhood and how she lost an arm to a tiger shark as a child. However, her relentless determination turns her into one of surfing’s great pro surfers and big wave riders, despite her disability. Bethany rewrites the phrase “Surfs Like a Girl”.

The midweek highlight is the documentary Secrets Of Desert Point, an excellent piece of historical story telling by director Ira Opper, who chronicles the story of how a young Californian and his friends stumble across a perfect wave in the early 1980s from leaky boats among the remote islands of Indonesia, but it was fraught with dangers, from drugs to pirates and deadly coral reefs.

Spike says there are also excellent films about travel – the quest for reach for something precious, like the soulful travels of a Moroccan who brings clean water to the poor communities of Africa while working his way towards the infamous waves of Skeleton Bay in Namibia. The Seawolf is pure surf soul as we follow “eight surfers on a two-year journey to remote places to find the most dangerous waves on terrifyingly shallow rock slabs. Filmed in high definition 4k on Red Cameras, this is a enriching viewing experience”.

Several films tackle the emotional side of the human condition, such as Finding Purpose, a short film about Durban big wave surfer Tammy-Lee Smith who finds purpose riding big waves after pain and loss. A Million Waves tells the story of Kadiatu Kamara, 19, who is left to face the Ebola epidemic in Sierra Leone alone after her dad dies. She finds hope surfing in the waves.

In Visit, we travel with a shy, former street kid from Durban on his trip to England to visit the land of the funders who saved him from disappearing down a dark and dangerous rabbit hole. There is Adam, an award-winning short film about a Cape Town surfer diagnosed with a chronic form of cancer; or Awen, in which we see the uncomfortable reality of a young Chinese man who clashes with his mother because she wants him to become a fisherman like his ancestors, but he just wants to go surfing.

However, beyond the pain of being human come films to celebrate the visual poetry of the natural world, and the spiritual enrichment that the act of surfing and being in the ocean brings. Sea Lone eulogises some of the world’s top women longboarders on a surf trip to Sri Lanka.

Shape Qui Rit is a cute short about a two year old girl who “shapes” her dream surfboard; Night Rose sees an elderly lady in England transported by a vision into the ocean for a night surf; Black Rain catches a session in the tropics that cracks with the sea surface chatter of a thunderstorm, while The Edge Of North follows top British surfers to Scotland for a refreshing surf trip on the doorstep of their home.

All Wavescape Surf Film Festival films at DIFF are free. Opening 22 July at Bay of Plenty at 19h00. Then from 23 to 27 July at 18h00 at Village Walk, uShaka Marine World.