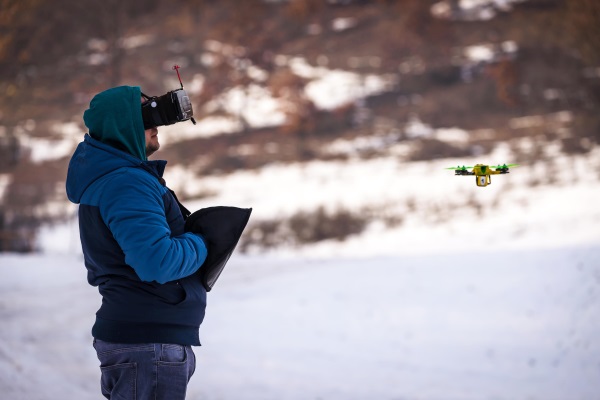 The droners community is growing rapidly following the huge success of the Droners Facebook Watch show, produced by Zoomin.TV. Insight TV has taken this popular online show and expanded it for the TV screen in 4K UHD HDR so that fans can keep up with the ultimate drone action by watching this new series on Insight TV and Insight.TV, in the highest quality.

Each episode will focus on a different slant of the droner phenomena. Whether it’s holding secretive races in abandoned warehouses or flying Tiny Whoop competitions in unexpected locations such as restaurants or bookshops, drone crews are forced to get creative.

The show goes behind the scenes at grassroots racing tournaments around the world to discover a crop of very young pilots climbing the ranks faster than anyone else, whilst making a lot of money along the way, and also questions why so many of the top pilots in the drone racing scene are kids.

Droners will shine a spotlight on the online freestyle droner community who have huge social media followings. These droners take to the virtual skies, down valleys, up mountains and through abandoned buildings in a rush of adventure showing what it takes to be a viral freestyle pilot.

The show will feature many key influencers in the droner world including: Brian ‘Velcro FPV’, an expert racer on the smallest class of drones known as Tiny Whoops; AJ, an FPV Pilot and a member of the Bronx-based Westchester FPV Racing group; Ramon the founder of Westchester FPV; Colby Curtola, the drone community’s best-known simulator course designer; Mac Poschwald, one of the fastest drone racers Europe has to offer and a crucial member of the NEXXBlades team, and many more.

Arun Maljaars, director of Content and Channels at Insight TV says, “We’re really looking forward to the launch of this show. Droners is a good example of our content strategy; telling the story of a really interesting and rapidly growing community with a focus on the key characters in the droning community around the world, all in the highest quality. It’s a fascinating project packed with interesting characters, space-age tech and extraordinary action, set against a spectacular neon backdrop; from New York to Hong Kong, Seoul to Zurich. It’s a series tailor-made for UHD.”

“We’re incredibly excited to take our hugely successful US-based Droners Facebook Watch series to an international audience with Insight TV, and all in stunning UHD,” adds Richard Chambers, head of Zoomin Studios. “This rapidly-growing sport is becoming a global phenomenon and we’ll shine a spotlight on this new breed of high-tech racers, and the sub-culture around them.”