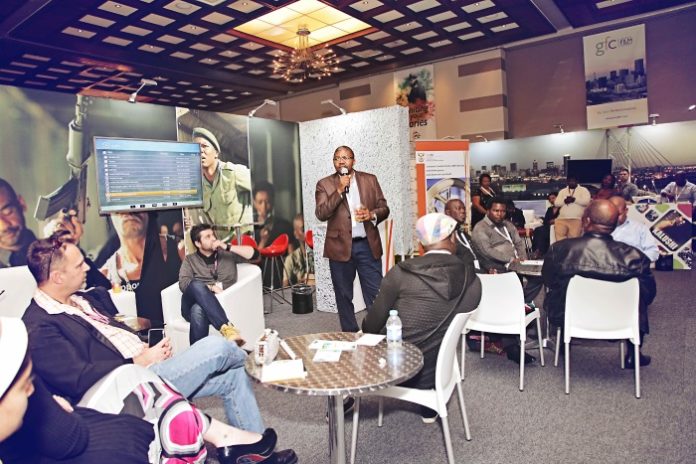 One of Africa’s premier film industry events, the Durban FilmMart (DFM), a joint programme of the eThekwini Municipality’s Durban Film Office (DFO) and the Durban International Film Festival (DIFF) has ramped up its offerings to delegates for its 9th edition, which takes place from 20 to 23 July 2018.

“The 2018 Edition of Durban FilmMart offers some exciting opportunities through a diverse programme of master classes, seminars and events for African filmmakers to build business networks, explore collaborations, develop content, benchmark their creative and production work in line with international trends, and look for investment and business opportunities,” says Toni Monty, head of the Durban Film Office. “But what underpins the DFM, is the focus on developing the industry in Africa, whilst drawing on local African and international expertise.”

“There are a number of lead speakers presenting at this year’s DFM,” says Russel Hlongwane, curator of the DFM and DIFF industry programme. “This year’s programme promises to stretch the mindsets of industry players, providing them with innovation and new thinking, coupled with opportunities to engage with successful and respected thought-leaders that include, amongst others, Dayo Ogunyemi (Nigeria), Stephen Follows (UK) and Peter Russell (USA).”

Dayo Ogunyemi is a Lagos-based creative entrepreneur, investor and founder of 234 Media, which makes principal and private investments in the media, entertainment and technology sectors in Africa. He offers an insightful presentation entitled Africa through the Lens that foregrounds African markets as lucrative territories. His presentation gives context and the state of regional film industries and economies across sub-Saharan Africa.

Stephen Follows will present a high level session entitled A Bird’s Eyeview of Global Industry Trends, which unpacks key shifts and trends shaping the market from an international perspective.  Follows is a leading trainer and thought-leader in how storytelling can be used to change hearts and minds, and data researcher in the film industry, whose work has been featured in the global major publications such as The New York Times.

LA-based Peter Russell is a screenwriter and story doctor in Hollywood whose clients include Imagine, HBO, Participant, Viacom and CBS Television. Peter will present a session entitled The Secrets of TV Mini-Series and Serial Stories & How Filmmakers Can Evolve Into TV Storytellers in which he will share the secrets of how film storytelling can be adapted into the red hot television storytelling market – both in TV mini-series and the serial TV form.

Panel discussions this year include Aesthetics of African Cinema which looks to explore the aesthetical and fundamental values that will define films from the African continent; Financing Films in Africa – providing insights into ways filmmakers can source and work the often hard and tricky world of financing structures on the African continent; Breaking through the Business of the Business will look at how to shift from being a “project based”  filmmaker towards a more “entrepreneurial approach” without compromising creative content; Distribution – Debunking the Myths; and Getting to the heart of your documentary features a diverse panel of continental and international professionals, discussing documentaries that set themselves apart from the rest and the success factors behind this.

Speaking to current issues, the South African Screen Federation will lead a discussion entitled, Are there any Sacred Cows in Filmmaking?, following the recent public debates around handling of sensitive social and cultural issues within film, and Sisters Working in Film and Television (SWIFT) will lead discussions on issues of sexual harassment, race and transformation in the industry. Other important discussions taking place include The practicalities and importance of Co-Production Treaties and Copyright vs Copyleft – where to from here? The National Film and Video Foundation will also present a series of workshops and discussions on policies and local industry trends.

Additional insightful sessions will include the Department of Trade and Industry’s launch of the Industries Film Incentives Guidelines and Emerging Black Filmmakers’ Fund Guidelines. The programme will include a set of discussions, led by the Department of Arts and Culture, on current and future collaborations within the BRICS member countries. Filmmakers will have the opportunity to network with member country filmmaker delegations in attendance.

The official pitching forums will include representatives from sixteen pre-selected African film projects that will be pitching film projects to leading financiers, broadcasters and other potential funders and investors at the DFM’s finance forum.

Running parallel to the DFM, and supported by the experts and visiting speakers, is the Durban International Film Festival’s open industry programme, Isiphethu, aimed at introducing entry level, emerging filmmakers, micro-budget filmmakers as well as interested members of the public to the inner-workings of the world of cinema.

Manager of the DIFF, Chipo Zhou says, “Our strategy for Isiphethu, in terms of industry growth, is to support filmmakers in developing content. But it is also about supporting the development of the quality of content, which may ordinarily be impacted on by the smaller budgets they may be working with. We want to be able to offer these filmmakers opportunities to incubate projects, be mentored by experts, network with seasoned and experienced peers, and be included in the overall vision of the DIFF and DFM, to grow quality African content. In short to include this sector of the industry into the greater industry fold.”

“Central to the objectives of the Durban FilmMart to encourage African filmmakers to look within to collaborate, finance and develop content,” says Toni Monty,. “We are very excited to see so many DFM alumni projects that have come to fruition, doing very well on local and international festival and cinema circuits and many with good distribution deals: these include films like Rafiki, Inxeba: The Wound and, Five Fingers for Marseilles to name a few. This is exactly the strategy created by the DFO and DIFF nine years ago, and it is heartening to see the long-term value it provides for the African film industry. This year’s programme is rich in diversity and complexity, and we are looking forward to seeing Durban come alive with a real buzz of the business of filmmaking.”

Registration closes on 13 July 2018. For more information on the Durban FilmMart and to register as a delegate visit www.durbanfilmmart.com or for Durban International Film Festival www.durbanfilmfest.co.za