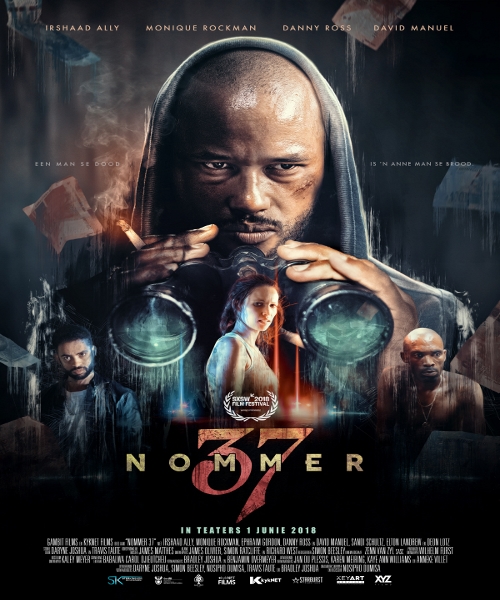 “My hope is that this film will be seen by all South Africans because the story is so universal and relatable, whilst giving us a peek into a world that’s familiar to some but unknown by most through the lens of a voyeur. By the time the audience walks out of the cinema, they will have been thoroughly entertained, surprised and quite possibly (though questionably) looking to buy a pair of binoculars,” says director and writer Nosipho Dumisa, who is also a producer of the kykNET soap opera, Suidooster.

This production, which had its world premiere at the International SXSW Film Festival in Texas, was selected to represent the country at the 18th annual Neuchâtel International Fantastic Film Festival (NIFFF) in Switzerland from 6 to 14 July 2018. It was also recently announced that Dark Star Pictures gained exclusive North American distribution rights. The North American screening of the full-length feature will kick off in New York and L.A., followed by an early winter video-on-demand release. Reel Suspects has also managed to clinch distribution deals for the film in China, Germany, Austria, Switzerland and Japan.

Nommer 37 is based on the SAFTA-award-winning short film of the same name, which was co-directed by Nosipho Dumisa and Travis Taute. The movie is set in Haven Mansions, a fictional block of apartments in her imagined suburb of the Cape Flats, New Haven. It tells the story of Randal Hendricks (Irshaad Ally), a recent paraplegic, who is given a gift of binoculars by his devoted girlfriend, Pam (Monique Rockman). But he is in financial debt to Emmie (Danny Ross), a sadistic loan shark, and when he witnesses a powerful criminal, named Lawyer (David Manuel), commit murder while observing his neighbours through his binoculars, he initiates a blackmail scheme in an attempt to settle his debt. With deception and greed around every corner, what follows is a thrilling ride that puts both their lives in mortal danger… as the world around Randal deteriorates further and further into chaos.

The film was produced by Gambit Films in association with kykNET Films, M-Net, XYZ Films and the DTI, and is distributed by Ster-Kinekor Entertainment locally, in cinemas across the country.

Watch the trailer of the movie HERE.