Deutschland Sucht Den Superstar (DSDS), which roughly translates to Germany Seeks the Superstar, is RTL Networks German version of the popular Idols franchise. Now in its 15th Season, DSDS looks at ways of making the ever-popular show even more exciting. Previous seasons have been shot in exotic locations like the jungles of South America, the heli-pad of the Burj Al Arab, and in front of the world’s tallest building, Burj Khalifa in Dubai.

So how do you top that? Well, how about shooting in the middle of the Pilanesberg Game Reserve, amongst the BIG 5?

Southern Lighting Solutions (SLS) were contacted by lighting designer, David Kreileman (dk Design) to provide lighting equipment and technical support to the production team from DSDS for their South African leg of the shoot. David is one of Europe’s top TV lighting designers, with many big name shows under his belt, including, Dancing with the Stars, Germany’s Got Talent, The Bachelor, and many more.

David requested that SLS join the production team on a three-day recce, to go through all possible locations and setups. Freelance gaffer Andre Beumer and I – Sean Boyce, Southern Lighting Solutions’ technical director – joined the team to scout some 20 plus locations in the Pilanesberg Game Reserve, Black Rhino Reserve and Sun City. Amassing large amounts of technical information in a short amount of time was needed for the shoots. This ranged from lighting requirements, power distribution, grips and rigging to location access provisions and crew management.

Andre and I worked closely with David in the following weeks to ensure lighting plans, equipment quantities and crew numbers would match the design requirements. They also had to keep the producer happy by staying in budget, which in today’s entertainment industry is almost never possible.

With equipment, crew and transport assembled, the SLS team were ready for DSDS. The gear selected for the various locations was meticulously researched to ensure the equipment gave the production the best results for the budget provided.

The Contest Village at Black Rhino Lodge would be the home of the contestants for most of their stay. Here, they would have rehearsal rooms and lounge areas at their disposal to enable them to perfect their performances. Groups of contestants were placed in lodges all connected by bushveld pathways. SLS was requested to light all areas well enough for the ENG crews to film in, but to also to enhance the natural beauty of the lodge. The impending arrival of the contestants and inclement weather meant the crew worked well into the night, through downpours and the sound of jackals near the lodge fence, to ensure all lighting was ready in time.

David had originally specified incandescent parcans to light up the trees and bushveld surrounding the lodge. However, with the sheer quantity that would be needed, we quickly agreed that powerful LED parcans would be a better choice. The SuperSolar RGBW Zoom cans were the perfect lights for the application. These are IP65 rated and have great quality light output – 70 units were used.

Next up was to light the pathways. David suggested the Osram 50w warm white LED Vance flood lights. The fixtures create a soft yet powerful light for a compact, waterproof, 50watt LED flood light. The multitude of long pathways and entrances to the lodges meant 40 units were attached to trees along the routes.

The music and rehearsal rooms were lit with a mixture of 1kw and 2kw Jemballs outside, while we matched light quality inside with Chinese lanterns and photo flood globes. The ENG crew made use of Rosco Silk 110 LED Panels for additional lighting.

The DSDS production team picked out two magnificent locations for shooting Elimination Rounds. The first was at a popular area of the Pilanesberg Game Reserve, the Hippo Loop, at the waters’ edge of the Mankwe Dam – the lowest point of an ancient volcano. Here the crew and contestants were protected by a team of game rangers who ensured their safety from the surrounding wildlife.

At this location, the lighting designer required lighting to work with the natural South African sun. A mixture of 6kw and 4kw Cinepars were requested along with 12×12 and 8×8 Bounce textiles. Power would be an issue as we needed special permission to bring the 100kvA generator truck into the reserve. It exceeded weight limits and size for the little game reserve’s roads. Rangers blocked off the Hippo Loop area to the general public and kept a watchful eye on the imposing herd of hippos.

The gear remained the same for the second of the two Elimination Rounds.

The second venue was again tricky to access. An eight ton lighting truck and a 100kvA generator truck navigating dirt roads, made for 4×4 access, required the drivers to do some skilful manoeuvring to make their way through the bushveld landscape of the Black Rhino Reserve, which borders the Pilanesberg.

A second lighting team from SLS loaded up another eight ton truck with the lighting and rigging equipment required for the Sun City Palace and Amphitheatre locations.

The crew were given two days to setup and program the Final Elimination round in the amphitheatre. This proved to be quite a challenge. The area stayed open to Sun City guests and the crew had to contend with the elements in the outdoor venue. The summer thunder storms meant the crew had their work cut out for them. With little time remaining, the last of the cabling was completed and the rig was fired up. Following the Black Rhino shoot, we focused lights and programmed through the night, preparing for the next evening’s performances.

David specified a large amount of LED fixtures for the Amphitheatre and surrounding garden. This was to give the feeling of being in ‘The Lost City’. The Amphitheatre would be filled with a live audience of locals, cheering on the contestants. For this, he requested 50 LED wash lights with possible effect capabilities as back lights. Sean suggested the Robe Robin 600 fixture. A total of 14 ETC Source4 Profiles were also used to light up the judges and contestants within the Amphitheatre.

David requested two DMX controlled Followspots, which seemed to be the one fixture no South African rental company could supply, until a suggestion was made by Theo Rood from MJ Event Gear to use the Robe BMFL in follow spot mode. These moving lights are able to disengage the pan/tilt motors to allow it to be used as a followspot while still giving the desk operator full control of the rest of the parameters.

David requested 60 high powered RGBW LED parcans to light the garden. The SuperSolars were the correct fixture for the job. In addition to the LEDs, the lighting designer needed six 575w HMI fixtures to create silhouettes throughout the surrounding trees, for this I recommended the Filmgear 575w Cine Par BIB. This unit has a built-in ballast, making it easy to move around on set; ideal for moving through the bushes and shrubs of the Lost City gardens.

Chris Sroka, David’s German lighting desk operator requested a Grand MA 2 full size, to be used alongside his MA wing, to control all the equipment at the Amphitheatre. Chris was given all the music for the next evening’s performances to which he could program timecode sequences for each performance.

24-way ETC Sensor racks were used for both dimming and as power supplies to all moving light fixtures, making long runs of power easy by using Socopex cabling. Multiple, venue-supplied, 3-phase plugs were in use, with a 140kvA generator on standby.

The Palace Hotel was used as the Contestant Village for the Final Elimination round, which meant there were new rehearsal rooms and lounge areas to be lit. Similar lighting setups were required for these as in Black Rhino Lodge, allowing the ENG crew to follow contestants wherever the drama took them.

Due to working hotel constraints, SLS were only able to setup the holding area for contestants and part of the Palace staircase to be used as the entrance to the final performance at the very last moment. Lighting designer, David, wanted to light the contestants walking down the staircase without being able to see any fixtures. The Osram LED Vance fixtures were again called upon. These were fixed to the trees alongside the walkway, deep enough into the garden that the fixtures could not be seen, but close enough for contestants to be lit.

Short setup time meant the holding area at the top of the staircase needed to be lit by battery powered units, 24 Chauvet EZrail RGBA LEDs were chosen for this application. Also used were four ETC Source4 Profiles. To create depth within the background, three Film Gear F18 Faceted Pars were used to light up the dense forest near the Palace.

The venue was rigged and programmed, and filled with locals from Sun City eagerly awaiting the contestant’s performances. The lights and cameras were ready and the Amphitheatre came to life with beautiful lighting and harmonic voices – yet another unforgettable location for DSDS. The Sun City Amphitheatre never looked so good! 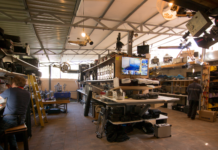 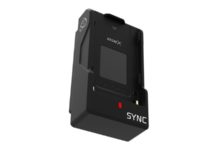