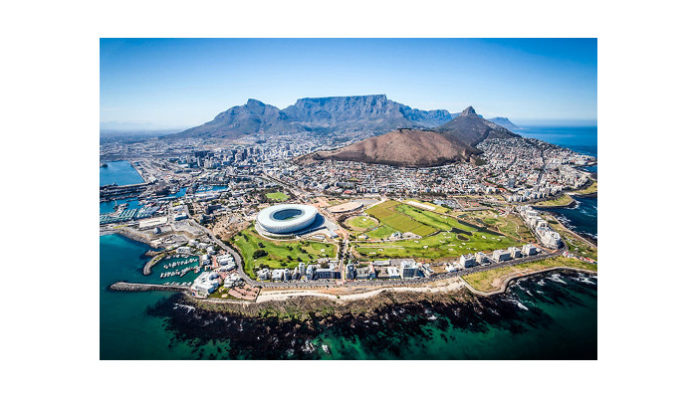 CINEMAX’s Warrior TV series is making a significant contribution to job creation and foreign investment in the Western Cape province.

Wesgro CEO, Tim Harris, said he has been informed about this exciting news and is thankful for CINEMAX’s contribution to boosting economic growth and job creation in the Cape. “Data from the completed first episodes shows that approximately 390 local South African businesses have been contracted with. These range from suppliers of construction materials, wardrobe, film equipment, vehicles and logistics to suppliers of sound stages, post facilities, catering and accommodation.”

“There has also been a significant investment in sets, and the 19th century Chinatown, San Francisco back-lot at the Cape Town Film Studios (CTFS), could be a huge asset for the local industry at large” continued Harris.

The series is inspired by an original idea from the writings of legendary martial artist Bruce Lee about the Chinese Tong wars in 19th century San Francisco, and is currently in production at the Cape Town Film Studios. The US television company behind the project is HBO/CINEMAX, whose credits include Game of Thrones and The Sopranos. Executive producers are Jonathan Tropper, Justin Lin, Danielle Woodrow and Brad Caleb Kane. Shannon Lee is the executive for Bruce Lee Entertainment.

“The production is currently employing over six-hundred (600) local film crew, of which around 60 per cent are previously disadvantaged individuals (PDI), and there are approximately 6 000 man-days budgeted for extras and stunt performers,” says Genevieve Hofmeyr of Moonlighting Films, the local service company working on the project.

She continued: “there are several programmes aimed at skills transfer and transformation, such as a producer programme (in collaboration with M-Net) where several young black producers will work-shadow the series producers. The VFX training programme is aimed at increasing the VFX talent pool, which is being done in collaboration with the Western Cape government. In addition, we also have our standard mentorship programme which employs over twenty PDI film trainees. The production has identified around twenty PDI film crew who will be accelerated to senior positions on season two, should a second season be green-lit.”

“It speaks volumes that the studio sent down only nine foreign crew to work on the project. The rest are all South Africans, including some Directors of Photography, supervising art director, script supervisor, costume designer, hair & make-up designer, set decorator, SFX supervisor, and VFX producers. Five years ago, this would not have been possible and this is testimony to the growth of the industry. A lot of this growth is due to the advent of episodic TV content being produced in South Africa. Due to the long-running nature of these projects, they are the ideal platforms for transformation and skills transfer, advancement of PDI crew, and infrastructure development. There is also the opportunity for annuity foreign investment, as many of these projects run from year to year as additional seasons are green-lit by the networks,” concluded Hofmeyr.

Wesgro’s head of Film and Media Promotion, Monica Rorvik, will attend an International Film and TV Dialogue in March in order to take part in discussions and collaborate on the factors that could drive accelerated growth in the numbers of TV series and feature films being introduced by international entities and facilitated by South African film production companies.

Monica noted that: “It is important that a local talent tracking mechanism, a policy Motion Picture Association (MPA) members are supporting, can help the industry achieve its local transformation and employment needs. It’s exciting that these bigger shows no longer have to bring in as much foreign talent and crew, and it shows that capacity is being developed by the Department of Trade and Industry’s incentives – but much more needs to be done there and a strong industry/Government partnership can deliver that.”

The executive Mayor of the City of Cape Town, Patricia De Lille, welcomed this investment and the jobs it will create for residents. “Cinemax’s investment in Cape Town is a testament to the city’s reputation as an attractive destination with a thriving film making market.  The city has a diverse landscape, is cost-effective for foreign productions, has a strong reputation for highly skilled film companies, provides innovative production services, and enjoys government support.”