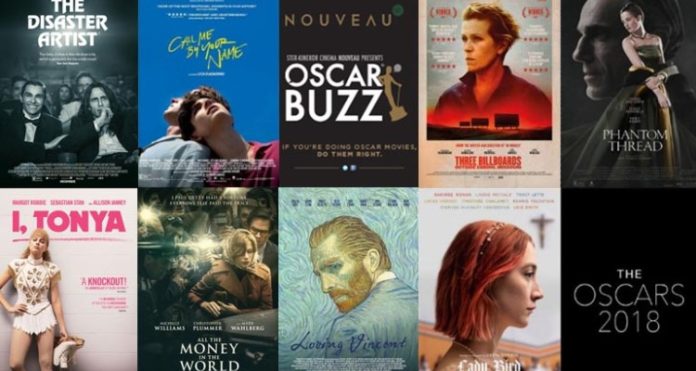 The 90th Academy Awards ceremony might be over, but if you have not yet managed to catch some of the great award-winning performances on the big screen, there is still time.

From Best Picture to Best Actress, to those acknowledged for their supporting roles and working behind-the-scenes; these films are on circuit at Cinema Nouveau and select Ster-Kinekor cinemas.

Winner of two Oscars for Best Picture and Best Original Score, Shape of Water is a must-see production for viewing schedule for this week. Three Billboards Outside Ebbing, Missouri was rewarded with the Best Actress award for her moving performance as a grieving mother by Frances McDormand as Mildred, while Allison Janney received the coveted golden statue as Best Supporting Actress in, I, Tonya. The Best Adapted Screenplay went to Call Me By Your Name.

Chief of Marketing and Sales of Ster-Kinekor Theatres, Motheo Matsau says: “The Oscars season is a great time to be in the cinema. While the awards may spark debate and discussion, movie lovers still have the opportunity to catch some of the very best award-winning films and performances as they were made to be seen.”

Watching any of these titles qualifies viewers a chance to win free movie tickets for the year. For more information and to book tickets for the Oscar-winning films, download the Ster-Kinekor App for smartphone users. Follow the action on Twitter @nouveaubuzz with #OscarBuzz and on Ster-Kinekor’s Facebook page. For all queries, call Ticketline on 0861 Movies (668 437).

The full list of the 2018 Academy Awards winners can be found on Channel24. The 90th Academy Awards ceremony was hosted by Jimmy Kimmel and took place on Sunday, 4 March 2018.