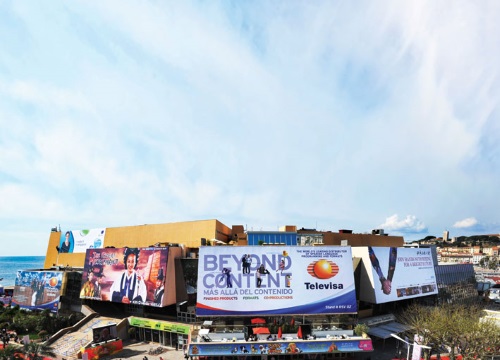 As we head into 2018 a full calendar of film festivals and content markets await. It can be both exhilarating and overwhelming; and the reality of attending these events needs to be understood.

For any content producer looking to sell outside of their home country, attending markets is essential to understanding the global content market. Producers must learn what kinds of markets are out there and what buyers are looking for to service those markets.

Content producers who want to make the most of these opportunities need to do their homework and understand the competitive and global nature of the industry in which they operate. Having worked at and with festivals and markets for over six years, as well as having worked closely with buyers, sellers, organisers, producers and distributors, I have spent a lot of time discussing the actual benefits of these events, and have gained much wisdom from those more experienced than I.

Thanks to people like Pascal Schmitz and Mayenzeke Baza who, during their time running the Association for Transformation in Film and Television (ATFT), took over 100 companies/producers to market; Don Edkins, founder and director of STEPS and AfriDocs; and Patrick Zuchowicki, founder and general manager of DISCOP, there is a wealth of knowledge that can be shared.

So before leaping into the market and festival frenzy of 2018 – consider the advice the experts have to give. Make sure you talk to as many people as possible BEFORE you go to market, and make sure you do your research to understand which markets you should attend and why.

First and foremost, producers must understand the nuances and functions of specific international markets and how these can benefit their specific content and business objectives. There is no point taking a TV series to a film market and doing so is not just a waste of time and money, but will also damage one’s reputation within the industry.

It is therefore critical to research the various markets, to understand how they function, and then make an educated business-focussed decision on which to attend.

There are basically three categories of markets, all with very different aims and business imperatives:

It’s also important to remember that ANYONE can show/sell their film at a market, there is no badge of credibility that comes from appearing at the Cannes Marche du Film, as opposed to actually being selected at the festival. Some festivals, such as the Toronto Film Festival for instance, don’t have a market per se, but the festival itself is so well-known that it attracts dozens of buyers and can still serve the same function as attending a market.

These markets however are generally focused on big films and big names. The chance of an unknown producer selling a film with no star power is very limited unless it is truly something special.

In addition to broadcasters from across the globe, these events are also attended by many VOD players (apart from Netflix and Amazon however, who tend to rather only buy films and produce their own TV content).

TV markets are probably the best place to start as the scale and opportunity are much greater than at more niched film markets.

Whilst there are a lot of positive indicators for the future of African content (that is content produced in Africa for African audiences), there are also harsh realities awaiting producers in this space.

The good news is that the appetite across Africa and the world for African content is growing. Patrick Zuchowicki, founder and general manager of DISCOP Markets is so confident in the growth of this sector that two more DISCOP markets are being added, Zanzibar in 2018 and Lagos in 2019. He explains further, “With revenue from Africa’s pay-TV sitting at $4.4 billion and expected to exceed $6 billion by 2021, the time is now to continue the momentum of content producion as a significant economic booster for African economies. Movies and TV programmes have always been part of the fabric of the countries we cover with DISCOP. What is changing is the ability for broadcasters, pay-TV platforms, mobile operators and on-demand video services to monetise the consumption of entertainment content, and for local producers to feed an immense appetite for home-grown entertainment. These countries will represent in the next five years 35 per cent of global wholesale licensing revenues derived primarily from intra-regional trade. By then and with five DISCOP markets a year, we expect to draw 6 000 delegates, three times more than we do now.”

Within this growth environment however, the experience for many producers on the ground is still one of difficulty in recouping costs for African content. There are essentially four potential markets for content “made in Africa,” each with their own distinct characteristics and potential pay-offs.

Even African-focussed VOD platforms do not pay very well, with iflix and Showmax leading the way – but yet still not paying enough for most producers to recoup their budgets.

In order for content (whether for cinema or broadcast), to appeal to this market it must have this kind of broad appeal; most likely in genres such as romantic comedies or action, and must understand the aspirational and urban lifestyles of this American market. Co-productions with established American stars or directors are also a way to enter into this lucrative market.

The reality of attending markets

With all of the above in mind, attending any market can be daunting, and especially for African producers attending international markets in North America or Europe, the cost alone can be discouraging. However, there are ways to make these trips feasible and also worthwhile. In order to do this, producers must understand how these markets work and what can realistically be expected as outcomes. Unrealistic expectations, being unprepared or uninformed, and not understanding the business of the business – will inevitably lead to disappointment.

As follows are some guidelines to what producers can expect to get out of attending these events, as well as how to best engage while there.

If you’re going to market with content you’ve already developed, you may find that you have created product with no demand. Not understanding what the market globally is looking for will lead to failure.

Pascal Schmitz of the ATFT experienced this first hand with many of the producers that he accompanied to market as a sales agent. Feedback around issues such as language, subtitles, location of stories and related issues often made sales of content impossible.

Networks and real relationships take work though – it’s not just about taking someone’s business card and leaving it at that. You will probably even have to attend a market more than once; in fact, many in the industry advise that it would be better to go to the same market two to three times in a row than to go to different ones around the world. Consistency and building relationships will be essential to developing an international career. Eventually you will develop real relationships with buyers and distributors who will be honest with you in regards to what they are looking for and in their feedback to you. It takes work.

Buyers simply do not have the time to meet with dozens of producers – each only selling their one product – they would rather meet with respected and well-known sales agents who understand their needs and can present relevant content. A good sales agent will not only be able to represent your content well, but they will also know which buyers are legit and which are not. They should know what is a good deal and what isn’t and all the relevant legal essentials when signing a deal.

By all means however, producers should go to the market and monitor the sales agent – if you are there as the producer, the sales agent is much more likely to push your product. If you are not there you have no way of knowing if they are pushing your content or not. Go check the stand, make sure your branding is there, and remember that the sales agent is there to work for you.