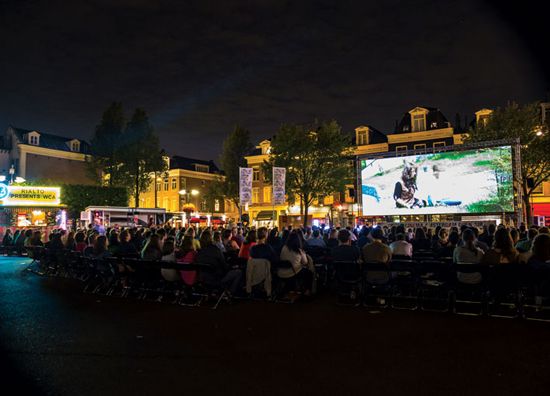 Many cities across Africa host film festivals that attract thousands of guests from near and far, with some cities hosting multiple events throughout the year. The cumulative effect of these festivals contributes to growing both local film industries and audiences. However, there is an initiative that a host of countries have adopted that takes the impact of a local film festival to the national scale.

Indonesia, Canada, Argentina, Serbia, and Bangladesh all celebrate National Film Days that are aimed at developing local film industries as well as creating new audiences. In countries with smaller or ‘emerging’ film industries, this kind of initiative has proven to be an innovative and effective way of developing audiences and creating the kind of film-going culture that is required for a vibrant cinema industry.

Using Canada’s National Film Day as a benchmark, film industries in growing markets across the continent can also find ways to creatively celebrate the role of films in the cultural, social and economic life of nations.

If done properly, with the buy-in of a host or partners and stakeholders, a National Film Day can be one of the most powerful tools for growing audiences. With theatrical and broadcast content still dominated by Western productions, a National Film Day is a way to expose local productions to hundreds of thousands of people in the spaces they already live, work, socialise and play.

Some of the initiatives in countries that already celebrate National Film days include the more obvious activities such as discounted screenings of local films in commercial cinema chains, film screenings at schools and universities, and TV channels airing local films.

However, the potential is there to go so much further, for example, this year as Canada celebrates its 150th birthday, its National Film Day aims to create the world’s largest film festival ever, as the website explains, “On 19 April 2017, great Canadian movies will be available on air, online and on foot at over 800 screenings in cinemas, libraries, public squares and anywhere you can show a film. With free events happening across every province and territory, many involving Canadian film talent, NCFD 150 — a Canada 150 Signature Project — promises to be the largest film festival in the world. Ever.”

Turning every imaginable public space into a film screening venue not only promotes local films, but also creates a sense of community, shared space, and engagement in urban areas that are too often walled off or passed through.

Canada’s National Film Day is managed by REEL CANADA who in turn has partnered with literally dozens of industry, government, and commercial organisations to make the event possible. In order to facilitate these public screenings and screenings at schools, REEL CANADA provides webcasts and “the opportunity to watch a great Canadian film, engage in interactive Q&As with stars and filmmakers, and participate in lots of online activities exploring Canadian identity, culture and storytelling. It’s an opportunity to interact with students from other corners of the country.”

Indonesia’s National Film Day also puts a major focus on film journalists, appointing them as judges for the Usmar Ismail Film Awards that form part of the event. The inclusion and engagement of film media is a critical element for ensuring an increased standard of film journalism and also creating a sense of engagement and empowerment amongst film media.

All of these countries also utilise public institutions such as museums, libraries and parks as screening venues. More creative solutions are also envisioned, with every screen becoming a potential tool to screen local films.

A National Film Day enables us to imagine screens in shopping malls, bus and train stations, on airplanes, at banks and post offices, all screening films. Short content would be ideal for these kinds of locations with captive audiences.

By making local content ubiquitous for one day; across every TV, computer, plasma, LED, big and small screens, a zeitgeist of pride, excitement and appreciation of the creative industries would be created. The related spin-offs for musicians, designers, technicians, and related fields would also be immense.

Additionally, National Film Days are a way to celebrate the historical and cultural diversity of a nation. A combination of top-down curated programmes, supplemented by community developed schedules and content would mean that a diversity of films would be screened.

Indonesia uses the annual event toput the country’s focus on the economic impact of the film industry and to focus on the growth of the industry. The day of 30 March is in fact the

anniversary of the start of the production of the first feature film produced in Indonesia, 1950 – Darah & Doa (Blood & Prayer). In the past they have used the day to promote anti-piracy campaigns, and to announce government supported initiatives.

The recent rise of film festivals across the continent is an indication that there is an appetite for locally produced content especially when it is creatively packaged and promoted. National Film Days could be a way to exponentially increase the impact of these localised and niched festivals. Something to think about for planners in our local film industries.