The sequel to South Africa’s previously highest ever grossing local film, Mr Bones, has superseded the record set by that film which was released in 2001 and earned R33,062,468 in a period of five weekss.

As Mr Bones 2 was shot in Durban it’s no surprise to learn that the Gateway Cinema Complex has earned in excess of R2m, followed by the Pavilion and SunCoast CineCentre cinemas which have each earned more than R1m.

Lead star and creator of Mr Bones Leon Schuster is amazed at the film’s phenomenal performance. “I have always said that I make movies for my fans and it is very heart-warming that Mr Bones 2 has received this kind of support. The cherry-on-the-top for me is the excellent reaction in the theatres from movie-goers across the age and race spectrum.’

Executive Producer and Videovision Entertainment’s Head of Distribution, Sanjeev Singh added: “The unprecedented box office performance of Mr Bones 2 is extremely gratifying for us as filmmakers. It’s clear that South Africans love Mr Bones and Leon Schuster. We are thrilled that Mr Bones 2 has broken all box office records for South African films and is now the Highest Grossing South African Film Of All Time, ahead of Mr Bones 1. Furthermore, we are thrilled that the top three South African films of All Time are Mr Bones 2, Mr Bones 1 and Mama Jack – all of which we produced with Leon Schuster and director Gray Hofmeyr.’ 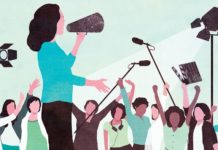 It’s about the numbers