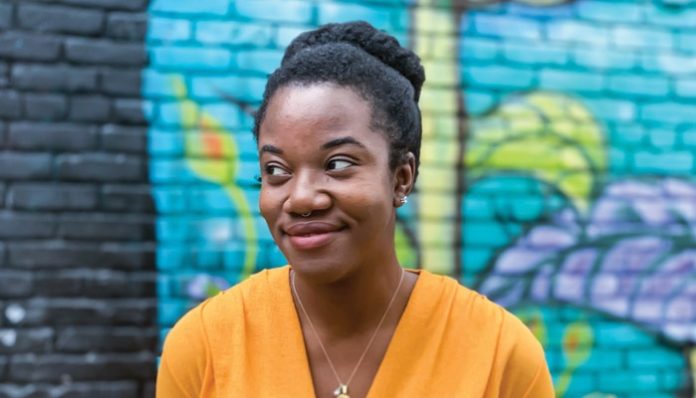 Founder and executive producer of Do Global Productions, Oluwaseun ‘Seun’ Babalola, is the filmmaker behind the youth documentary web series SOJU Africa. She is also a consultant for Collective Industry Conventions Africa (CICA), which will soon be launching the first UNICON Africa event – a creative convention that Babalola will be co-hosting in Nigeria.

Babalola was born and raised in Brooklyn, New York, but has roots in Sierra Leone and Nigeria, and has always been surrounded by her family from both African countries. This, she says, has inspired her desire to showcase a fuller perception of Africa to the world. Her web documentary series, SOJU Africa, has just completed its first festival run, which included screenings in Lagos, Nigeria, and Accra, Ghana.

The series has screened in over eleven countries and was the winner of the 2017 Black World Cinema Afrofuturism Film Competition in Chicago.

“The broader concept of SOJU is that it’s a portrait of youth culture in today’s Africa, through the lens of young Africans in African communities. The goal with each episode or interview is to start a conversation. What I believe is important right now is for Africans to learn more about each other. Take a step back, look at where we are, how we got there, what’s changing and how we can adapt in order to progress,” shares Babalola.

Through the series, Babalola has managed to travel across Africa and meet with various young people to discuss issues of identity and entrepreneurship, while also tackling social and community matters affecting the youth of today.

“I try to discuss everything that’s swept under the rug. Let’s talk about sex positivity, misogyny, homosexuality, depression, etc. Let’s also talk about innovation, growth, cool scenes and exciting people, basically, everything that makes us who we are. I like to show people who are finding joy in defining their identity for themselves, and bettering their surroundings through that identity,” she says.

The making of SOJU has given Babalola exclusive access to African youths and their stories, their insecurities, dreams and perceptions. “There have been times where I tell other Africans about SOJU, and I will get asked why I left America to come to Africa. Why wouldn’t I? Obviously, when I arrive, my privileges are being seen, but it’s disappointing that as Africans, we have so much to offer and often lack the confidence to stand behind it. We have to change that!” urges Babalola.

Babalola says that SOJU has not only helped shift the mindset of African youth, but has also empowered her to be part of the transformation of building towards the development of a thriving and progressive continent.

As a consultant for Collective Industry Conventions Africa (CICA), Babalola is currently preparing to co-host the UNICON exhibition in Nigeria on 17 November. CICA consists of 14 comic and animation houses in Nigeria that have existed for the last decade or more. “They have a lot of great content, and so it’s more of a collaboration. Two colleagues and I have been working as consultants and are doing our part to bring U.S. partners on board to help grow the mission.”

Through her involvement with CICA, Babalola and her team aspire to provide a structure for creatives in Nigeria to help them copyright their work, as well as to distribute and make money from it.

“We have panels and workshops that will discuss building your business, copyrighting and legal trends, as well as skill-building and distribution. There’s also a lot of opportunities to learn and network. When you attend you don’t automatically become a part of CICA, but you will be able to speak to and network with the founders and group members,” shares Babalola.

UNICON attendees will be exposed to the world of Nigerian comics, animation and video games, as well as emerging technologies in the industry. Convention activities will range from gaming competitions and exhibitions, to screenings and panel discussions.