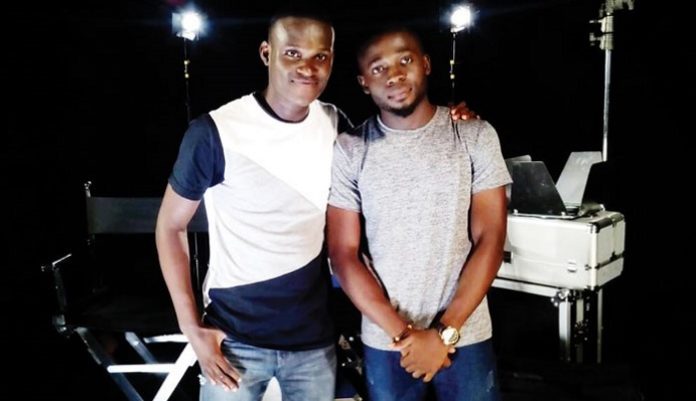 SCREEN AFRICA EXCLUSIVE: The process of submitting a film to a festival can prove to be an expensive, time-consuming and dubious task for filmmakers. Selecting the right festival for a film is in itself a tricky and lengthy task which requires sieving through hundreds of festivals and platforms.

With this in mind, Nigerian filmmakers and techpreneurs, Daniel Ugbang and Tobi Ogunwande, have developed a one-of-a-kind platform that enables filmmakers to complete just one form and have their film automatically submitted to over 500 curated film festivals.

“The sole vision of Festivilia is to be the best option for effective festival distribution for filmmakers all over the world. We want to save filmmakers the stress of blindly and manually submitting their films to festivals one by one which can be a very time-wasting and expensive activity. We are giving filmmakers the opportunity to channel their time into more creative activities rather than spend it filling numerous submission forms,” Ogunwande explains.

The idea for Festivilia was inspired by Ogunwande’s encounter with an Egyptian filmmaker, Ramy El Gabry, in 2016 while he was still running his first start-up Hubrif – an online video platform dedicated to streaming short films made by Africans all over the world.

Unfortunately, the video platform has now collapsed, but while it was still active Ogunwande stumbled upon Gabry’s short film, From Inside, and was really moved by the storyline. He reached out to the filmmaker to get the film featured on Hubrif and it became the most watched film on the platform.

He further extended a hand to help Gabry submit the film to a few film festivals. To both their surprise the film was selected by almost all the film festivals that they had submitted it to, including the 2017 Realtime International Film Festival in Lagos, Nigeria where the two finally met.

From Inside went on to win the Best African Short Film Award at the festival, and an impressed Gabry graciously told Ogunwande that what he did for him was a great service that many filmmakers could gladly pay for.

Ogunwande and his partner, Ugbang, then ran the idea of starting a film distribution platform by their fellow filmmakers and tech enthusiasts. After much research the team decided to test the concept with a Private Beta launch in early 2017.

He expands: “We, first of all, had to curate film festivals from all over the world and that was serious work. We were gathering these festivals from all major submission platforms including filmfreeway, shortfilmdepot, filmfestivallife, withoutabox and the growing number of film festivals that have their own dedicated submission portal.” “We spent months gathering these festivals and then sieving through the right ones for Festivilia. Then we began manually testing the idea with a few selected films. We had to be sure this was worth pursuing so if our hypothesis didn’t work during our Private Beta, then there was no need for building a platform for it.”

The Private Beta was a great success, which then led to the Public Beta launch of the platform in June 2018.

Currently, the platform has over 500 carefully selected film festivals in their database, the majority of them based in Africa, Asia, Europe and the Middle East.

“The response has been overwhelming!” Ogunwande enthuses. “Since we launched to the public, we have had more subscribers than we can handle right now and so we have to intensify our in-house selection process.”

“Right now, we still curate these films to make sure they meet our in-house criteria while we continue to develop our algorithm. Soon, the whole process will be automated and done entirely online,” he added.

To apply, filmmakers need to visit the Festivilia website, pick their preferred plan and download the universal submission form to complete and email back.

Festivilia will then get back to them within 48 hours with a list of the curated festivals that match their film. The list is also uploaded to the cloud so that filmmakers can always monitor the progress of their submission.

Through the years Ogunwande has managed to build fruitful relationships with most of the film festivals in the Festivilia database. However, this doesn’t mean he is given preferential treatment, stressed Ogunwande. “Over time, we have been able to submit films that are of very high-quality in terms of story and production aesthetics as well as matching with the festival’s theme. It only means that our reputation has been enhanced as they trust that we only submit films credible and worthy enough to be selected,” he assures.